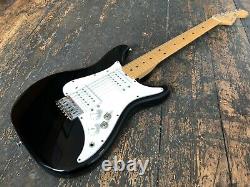 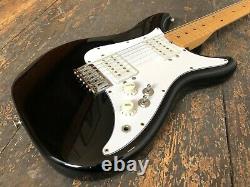 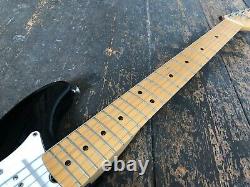 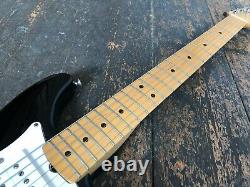 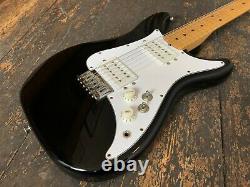 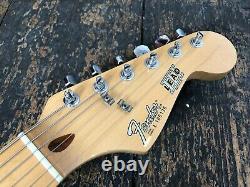 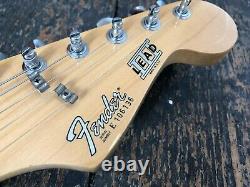 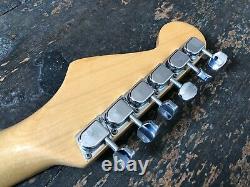 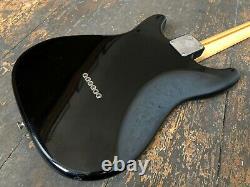 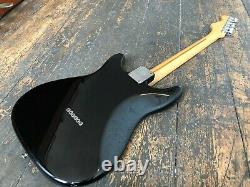 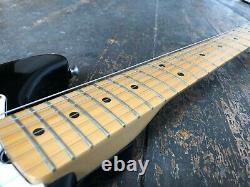 Fender Electric Guitar 1982 Lead III Made In USA With Free Gig Bag Included. Your guitar was made at the. Fullerton Plant (Fender - CBS Era), USA.

The Fullerton factory opened in 1946, Fullerton California with the first major electric solid body guitar production began in 1950 with the Broadcaster (later known as the Telecaster). The original concept for the Lead Guitar series, including the name lead came from Dennis Handa, then Marketing director for Fender Guitars. And the neck were both patterned after earlier Fender necks. Originally Steve Morse of the Dixie Dregs.

Was the first endorser of the guitar and premiered it at a NAMM Show. The Lead Guitars were manufactured between 1979 and 1982 by the Fender Musical Equipment Co.

Under the direction of Gregg Wilson and Freddie Tavares. Gregg Wilson was succeeded by John Page, who eventually headed the Fender Custom Shop. The Lead Series have elements of the Stratocaster. In their design with a body that is slightly smaller and with a slightly different shape than the Stratocaster, a Stratocaster-like neck (and headstock), and hardtail bridge with Telecaster-like string ferrules on the back of the body. The Lead Series headstock was smaller than that of the then Stratocaster models and similar though not identical to the 1954 Stratocaster design. Models at the time of the Lead Series release in late 1979 were still using the larger headstock design until the introduction of the Dan Smith Stratocaster in 1981. At some point during 1982 the lower bout of the headstock was shifted towards the body giving the headstock a more elongated look.

The Lead Series were manufactured at Fender's Fullerton, California plant and priced below the Stratocaster models of the time approx. They were eventually replaced in Fender's line up by the Fender Japan. JV model in 1982 as Fender expanded its operations by starting Fender Japan. The item "Fender Electric Guitar 1982 Lead III Made In USA With Free Gig Bag Included" is in sale since Saturday, March 7, 2020.