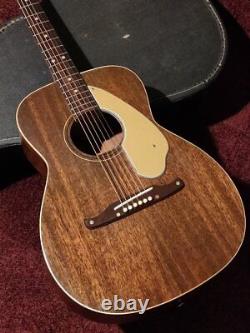 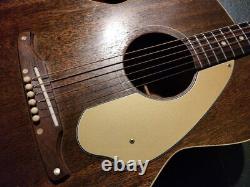 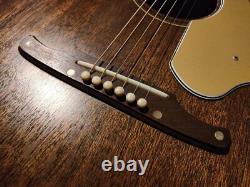 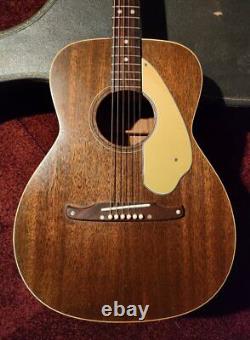 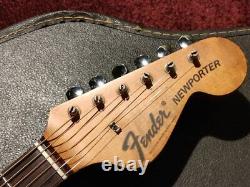 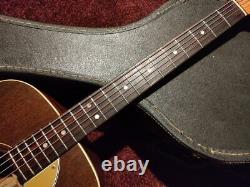 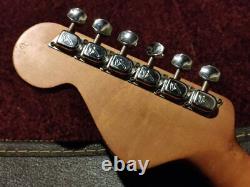 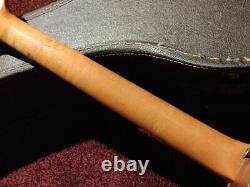 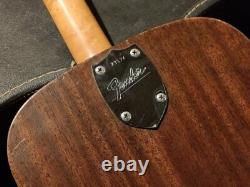 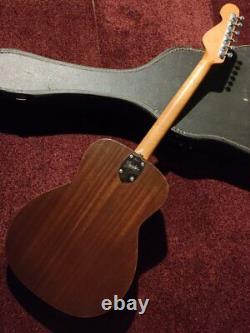 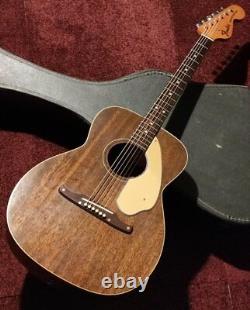 Fender Trembling Super Rare Model!! Newporter Jacaranda Fingerboard Made in 1968. A super rare model made in 1968, Newporter As far as I can confirm, this is probably the only one currently on the domestic market. Newporter, which began production in 1965 and ended its history in 1971. This all-mahogany body model made in 1968 was manufactured only for a very limited period in its short history!

At the age of 54, this lively appearance... Perhaps because of the youthful and enthusiastic scent of the Southern California sea and the sunshine, the charm that oozes out from the whole instrument is completely different! However, I will dare to tell you that this guitar, of course, has a very attractive sound character, but it is not the kind of guitar that everyone praises for its good sound, but it has a specific vibe. It's going to be the kind that resonates especially with humans. This is extreme, but Fender acoustic guitars are for throwing in your car and going to the beach, and for coffee shops and campfires.

In other words, rather than an instrument that specializes in playing music, it is a physical experience rather than a life with a guitar. Also, it has a compact body and the playing feel is very similar to that of an electric guitar. Just having it by your side will make you feel very happy. The tonal characteristics are very woody and percussive.

The glittering treble and melting midrange are attractive. It also has a bell ringing feeling like a Fender electric. The sustain is short and wields much of its power in the exhilaration of the attack. I feel that it is very compatible with those who like light cutting, acoustic blues, funk, etc.

Fender's solid-structure electric guitar revolutionized the music scene. Fender then turned to acoustic guitars in the 60s. Folk music was booming in the late 1950s and early 1960s, and the acoustic guitar remained an integral part of rock, country and pop, so it was no surprise to the ambitious Leo Fender. Fender teamed up with ex-Rickenbacker guitar designer and builder Master Luthier Roger Rothmeissl to create a revolutionary acoustic guitar.

FederNewporter 1968 specification, condition Body Mahogany Side Mahogany Back Mahogany Neck Maple Fingerboard Brazillian Rose Wood Bridege Brazillian Rose Wood The body is a single all-mahogany. The neck uses a cross-grain maple neck with a slight heather such as flame and bird's eye. The chord length is a long scale of about 648mm. The fingerboard uses Brazilian rosewood, which is a rare material. Neck width is 41.23mm, neck thickness is 1 fret about 21.6mm, 12F fret about 23.8mm It has a thin C shape that is very easy to grip.

The string height is currently set up at 2.5mm on the 12th floor on the 6th string side and 2.0mm on the 1st string side. A shim with a thickness of about 0.8 mm is installed in the four joints to create an appropriate angle. The playability is different from a general acoustic guitar, and it feels more like an electric guitar. The peg is a metal F tuner.

Because there are many individuals equipped with white button F tuners It may have been replaced. The truss slot has a lot of room in the reverse warp direction. There are cracks around the pickguard on the top of the body, but they are not enough to soak oil. The bridge has a little peeling on the end side, but since the body has a structure that suppresses the ringing in the first place, I think that this has very little effect on the sound. Accessories chipboard case There is a lot of damage suitable for the age! Not suitable for daily transportation! Your satisfaction is important to us. We have pride ourselves in the Quality of items we offer. All our items has been checked by technician. International Buyers - Please Note.

We do not mark merchandise values below value or mark items as "gifts" - US and International government regulations prohibit such behavior. This item is in the category "Musical Instruments & Gear\Vintage Musical Instruments\Vintage Guitars & Basses\Acoustic Guitars". The seller is "spp-international" and is located in this country: JP. This item can be shipped worldwide.