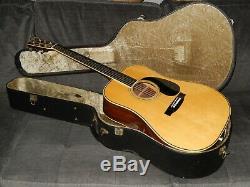 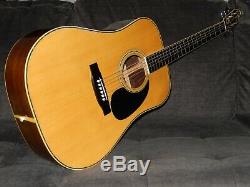 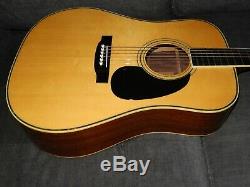 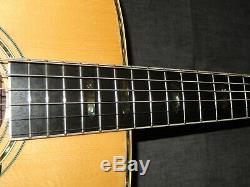 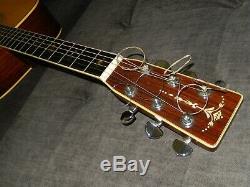 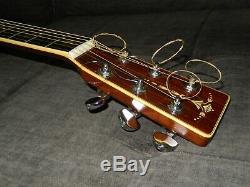 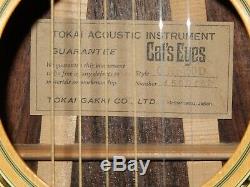 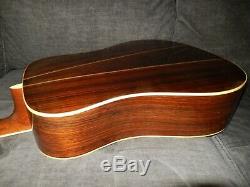 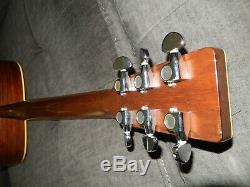 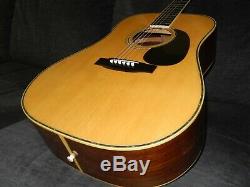 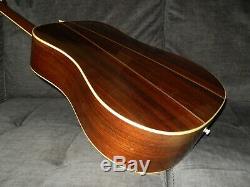 Cats Eyes CE 450D by Tokai. Most acoustic guitar players around the world know that since late 1960s Japanese makers were creating wonderful copies of Martin, Gibson and Guild guitars. Many experienced players know that many of these copies sound better than the originals. This fame especially applies to Sigma guitars made by Martins Japanese partner, Tokai Co. In fact, some of these Sigmas were also made by Yasuma Gakki, Terada Gakki and perhaps other workshops. In 1975 Tokai launched their own line of acoustic guitars branding them as Cats Eyes and advertising them as made in partnership with Martin. Made basing on Martins blueprints and enhanced by Japanese ingenuity and highest level of craftsmanship, these guitars quickly became very popular and recognized by majority of international players as Martins made in Japan. Higher grade instruments became more and more expensive, while lower priced ones were made for less and less.

That led to decisively declining exports and meant the end of Golden Era for Japanese guitar makers. Some makers were gone for good, some incorporated into larger entities, while others seriously restructured.

Tokai kept making their first generation of Cats Eyes guitar until mid1980s. After over a decade long break, by late 1990s, Tokai re-started making Cats Eyes with lineup of new models, however ending it around mid2000s. The fame of Cats Eyes lives on. The guitar you are looking at was made in 1982.

The reason was (and still is) very simple. Besides ornamental extras model CE450 sounds better that lower priced solid top models. Although it cant be described as concert level this is truly great sounding instrument, that can please even quite demanding non-believer right from the start. With its current action it plays very easy.

Despite its age this guitar remains in overall excellent condition. Besides few very minor marks on its body (the most conspicuous one is capo mark on the back of its neck) and very mild cloudiness of its finishes, this guitar doesnt show serious signs of use. Most importantly it has straight neck, its fingerboard and leveled frets are in great shape, its original tuning keys work just fine. Top: Spruce/Martin style X bracing with not scalloped braces /urethane.

Back & Sides: Indian Rosewood/urethane. Neck: Nato with 2-way truss rod. The action is set to 2.50 mm under E6 and 2.0 mm under E1, with very little extra room on the saddle.

In late 1970s and during following decades model numbers were no longer strictly associated with their prices. Many Japanese guitar makers introduced model names instead of model numbers. Others were still using model numbers with addition of letter abbreviations or other symbols.

Model 50 became model Maestro, model 40 became model Special, model 30 became model Professional-J. Naturally other Master luthiers were doing the same name/price changes. Knowing all of that, you can bet on that Masaru Kohno No50 made in 1982 is practically the same grade instrument as Kohno No20 made in 1972, or Kohno no 30 made in 1976.