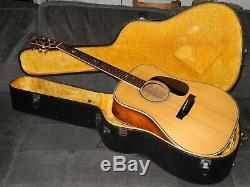 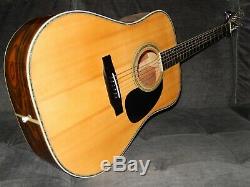 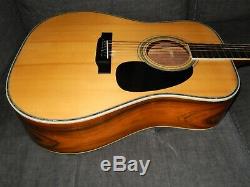 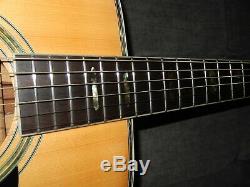 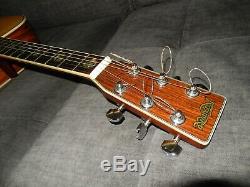 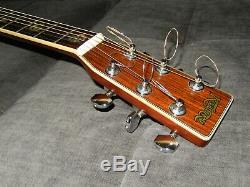 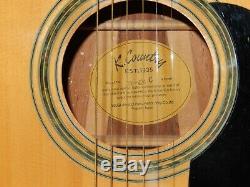 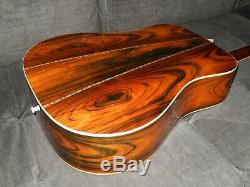 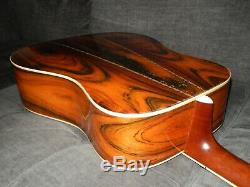 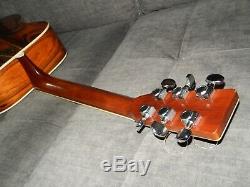 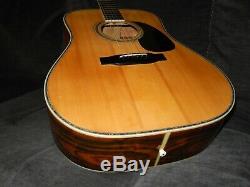 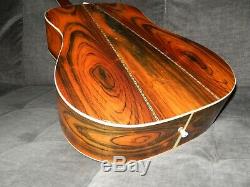 This guitar was made sometime around 1976/77 by Kasuga Gakki. It was the top model within Kasugas K. If you try to search the internet you can find very limited information about Kasuga Gakki, including their ties with Tokai Gakki and Yamaha Corporation. Very few available catalogs of Kasuga guitars, don't show all models made by Kasuga over the years of its existence.

Many of Kasuga models are of very high quality and are highly sought by collectors and players familiar with Japanese makers and their masterpieces. Kasuga was making steel string acoustic and classical guitars since at least mid1960s. They had various labelling systems and various model numbers, many of them made for export with importers brand/design labels.

This guitar wasnt cheap at all. It was priced 40 000 yen while in 1977 starting yearly salary of Japanese college graduate was around 85 000yen. It is great sounding and very easy to play instrument, that will satisfy not only a beginner. Overall condition of this guitar can be described as at least very good for its age.

Its body bears only few small and very light scratches. Visible on the pictures, grayish spots on its back (center wedge plate) are all within the finish.

These plates were made from 2 layers of solid wood glued together with natural resins. They were made so well that they performed as good as solid woods while being far less expensive in guitar production and far more resistant to cracking in regular use. In recent years many guitar makers around the world adopted a new term "semi-solid" to describe these plates. Neck: Mahogany with 2-way truss rod. The action is set to 2.50 mm under E6 and 2.0 mm under E1, with still some extra room on the saddle.

All you need to do is. Notify me within 48 hours after receiving the guitar. Pack guitar the same way I do it, using the same box and materials and s. Hip it back to me within 24 hours after "return notification". The item "MADE IN 1977 BY KASUGA GAKKI K. COUNTRY D400 GREAT D45 STYLE ACOUSTIC GUITAR" is in sale since Wednesday, November 20, 2019. This item is in the category "Musical Instruments & Gear\Guitars & Basses\Acoustic Guitars".