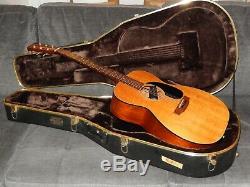 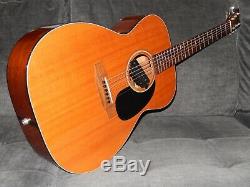 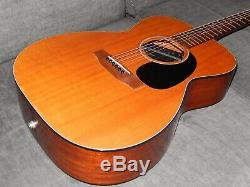 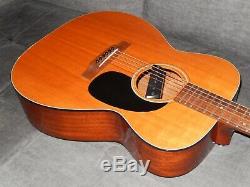 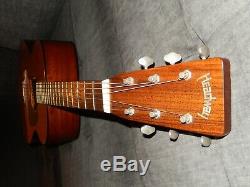 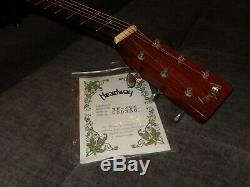 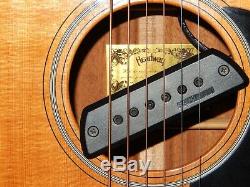 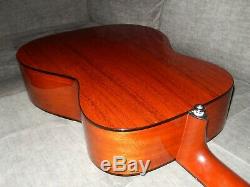 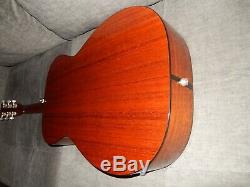 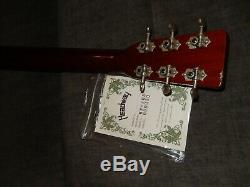 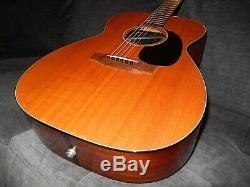 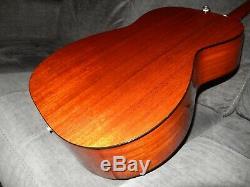 This guitar was made sometime between 1977 and 1983 by companys founder Master Luthier Ikuo Momose. Before starting his own workshop, Mr. Momose was already famous for making very fine acoustic guitars at Hayashi Gakki. Being helped by his business partner Mr. Yatsuka (current CEO of Deviser company = distributor of Headway guitars) Momose started making Headway guitars in 1977.

His guitars rather quickly won great popularity not only in Japan, but also many other countries. Although their construction was based on Martin blueprints, these guitars had their own unique characteristics and soon became sensation. It seemed that Headway guitars were on the straight path to be highly regarded all over the world. Sadly, in 1983 their workshop and warehouse, were destroyed by 2 fires. Momose lost most of his own design tools, forms, jigs and machinery, as well as lots of materials that were waiting for production.

After this huge loss, company was unable to restart production of acoustic guitars. Instead they concentrated on making electric guitars, in 1980s branded as Riverhead and 1990s as Bacchus. They were also making many OEM electric guitars for other leading Japanese brands.

However, during all these years guitar players kept asking about Headway acoustics. Thanks to contacts with guitar enthusiasts running acoustic guitar forums, Mr. Momose knew that because of their greatness and limited numbers, his Headway guitars became highly sought by players and collectors, even gaining in value.

Knowing that and having recovered financially, in 1999 company was able to re-start production of their steel string acoustics. As of today, Headway acoustics are distributed all over Asia, in Australia and Europe.

You can easily find their website, see their models and prices. Construction of model HF408 is based on Martin OM18 blueprint. Since 2000s this model was relabeled to HF408RE. Despite its rather average looks it is very impressive instrument.

It surely belongs to First Class among all kind of acoustic guitars. It will surprise many players for whom Martin are the only worthy guitars.

Players who already played Japanese made acoustics, wont be surprised at all, just happy. With its current action it plays super easy.

Being priced 80 000 yen in 1980, it was worth 80% of starting yearly salary of Japanese college graduate. It is not that difficult to find out what are the current prices of Japanese made acoustic guitars. It is overall condition can be described as at least very good for its age.

Besides few very minor dents and scratches on its body and (most noticeable one) on the headstock, this guitar remains in excellent structural and functional condition. Guitar is also equipped with one of the first sound hole mounted Fishman pickups. Upper bout width: 290 mm. Lower bout width: 380 mm. Top: Solid Spruce/very light gloss finish.

All you need to do is. Notify me within 48 hours after receiving the guitar. Pack guitar the same way I do it, using the same box and materials and s. Hip it back to me within 24 hours after "return notification". The item "MADE IN JAPAN 1980 HEADWAY HF408 SIMPLY AMAZING OM18 STYLE ACOUSTIC GUITAR" is in sale since Saturday, October 12, 2019. This item is in the category "Musical Instruments & Gear\Guitars & Basses\Acoustic Guitars". The seller is "victork1962" and is located in Alpharetta, Georgia.