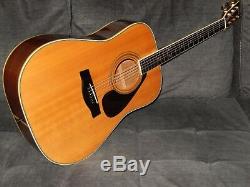 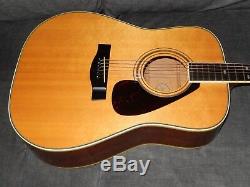 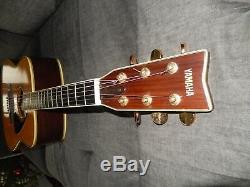 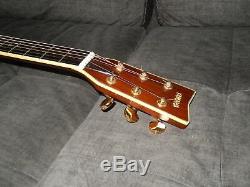 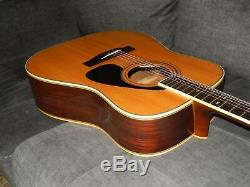 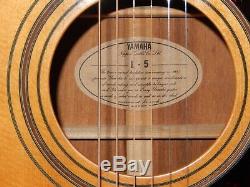 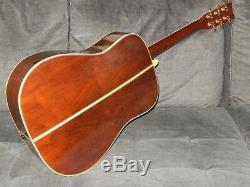 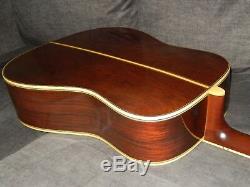 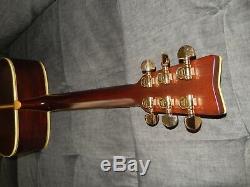 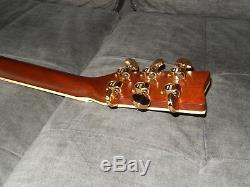 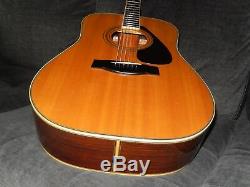 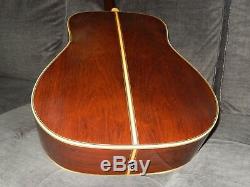 Their guitars offered the highest possible level of craftsmanship with great deal of attention to even the tiniest details. Yamaha was unquestioned leader among Japanese guitar exporters and by late 1970s it was also a world leader on musical instruments market. The same late 1970s were also the end of "Golden Era" for Japanese guitar makers.

As one of major Japanese guitar makers Yamaha had to do redesign their guitar lineups in order to stay profitable. Their lower end models had to be made from lower grade materials and simpler way, while higher end models had to be priced higher. In order to offer great quality instruments at affordable prices, in mid 1980s Yamaha decided to close their old Tenryu/Wada factory and open new Kaohsiung Factory in Taiwan. Since that moment only the very top Yamaha models were made by its custom shops in Hamamatsu.

In 1990 Yamaha opened yet another factory in Indonesia. As of today, great majority of Yamaha guitars are made in China. Those made in Japan are priced very high. I hope that by now you may realize the real value of this nearly 40 years old wonderful Yamaha L5... Yamaha L5 was priced 50 000 yen in 1978, when starting yearly salary of Japanese college graduate was around 90 000 yen.

At least "very good for its age" cosmetic condition. Its body bears several very light scratches and few tiny dents. Its tuning keys have lost some of their original luster. Visible on the pictures mild cloudiness of it finishes completely disappears in regular light. This guitar is loud and very responsive.

Its tonality is of breathtaking beauty, rich with overtones and harmonies yet combined with very high level of note clarity and separation all along the neck. There are no weaker or dead notes.

Laminated is quite unfortunate term regarding Japanese made guitars. In recent years guitar makers around the world adopted new term "semisolid" that more precisely describes construction of such plates. Hese plates were made from 2 layers of solid wood glued together with natural resins.

They were made so well that they performed as good as solid woods while being far less expensive in guitar production and far more resistant to cracking in regular use. Action is set to 2.90mm under E6 and 2.4 mm under E1 with very little extra room on the saddle. Real Value of Japanese Vintage Guitars. The key to understand value of vintage Japanese guitars is to acknowledge galloping devaluation of Japanese yen in 1960s & 1970s.

Starting in 1977 Masaru Kohno introduced his model No50 priced at 500 000 (skipping theoretical model 40). Soon other famous Japanese luthiers did the same.

By 1983 Kohno started using model names instead numbers and was raising their prices as he was pleased. Naturally soon other Master luthiers did the same.

Pack guitar the same way I do it, using the same box and materials and s. Hip it back to me within 24 hours after "return notification". The item "MADE IN JAPAN IN 1978 YAMAHA L5 STEEL STRING ACOUSTIC GRAND CONCERT GUITAR" is in sale since Monday, March 16, 2020. This item is in the category "Musical Instruments & Gear\Guitars & Basses\Acoustic Guitars". The seller is "victork1962" and is located in Alpharetta, Georgia.