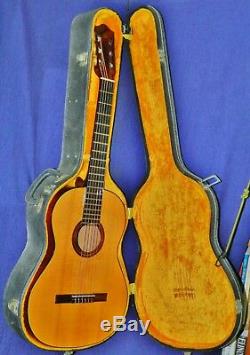 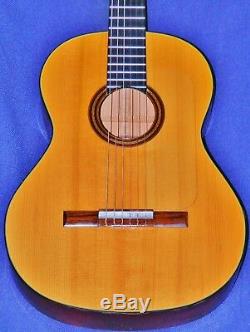 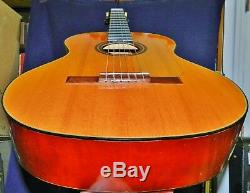 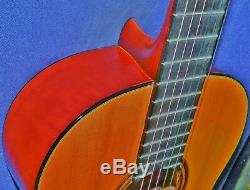 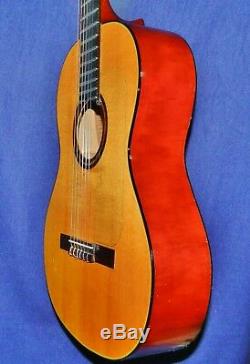 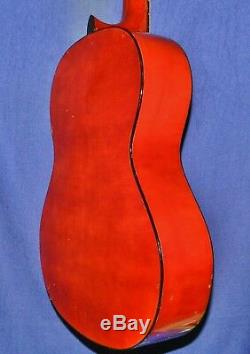 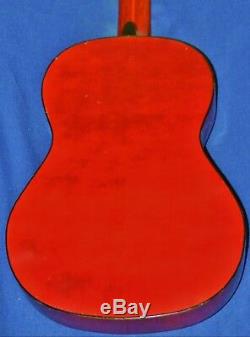 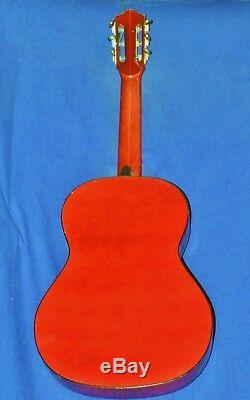 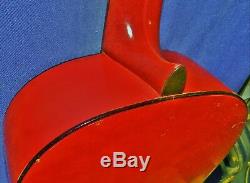 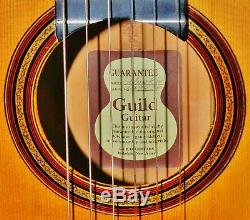 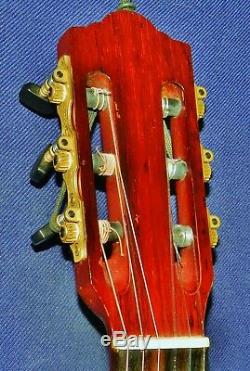 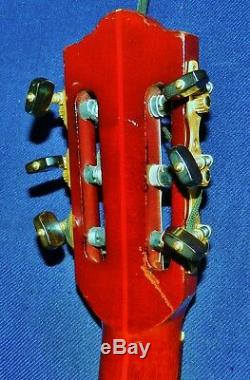 PLEASE READ : As you can see by googling my on-line store ALUMPSTERS GUITARS, I generally sell only Martin, Gibson, Guild, Taylor, Larrivee, and Alvarez-Yairi guitars. Most of these models are made so well that they tend to increase in value and improve in the complexity and resonance of their sound as they age, regardless of their appearance. I will also consider reasonable offers in my store, including installment payments and trade-ins.

If you have a question about this guitar, please Google alumpsters guitars to ask on-line and I will be happy to respond immediately. According to The Blue Book of Acoustic Guitars , the Guild Mark IV classical guitar was manufactured from 1961 to 1986. Gruhns Guide and Vintage Guitar Price Guide basically agree, although there is some disagreement as to specific features. Like most classical guitars, its smaller than the dreadnought or jumbo series, measuring 14 ½ at the lower bout, with a scale of 25 ½ and a 2 nut.

Like its rival, the Gibson C-100, it may have been designed more for the coffee house of the 1960s folk music scene or classical performance than for the blue grass stage. However, it still has enough carrying power for anybody and is a beautiful example of Guild craftsmanship.

The Mark IV features a solid spruce top with pearwood or rosewood back and sides, a three-piece mahogany neck, a rosewood wrap-around bridge, and a 12/19-fret ebony finger board. It has an ornate patterned rosette and full three-ply binding on both the top and the back. The slotted classical headstock has no logo, but its rosewood overlay is set off beautifully by the black buttons on the upgraded gold-plated open tuners. The serial number (29434) dates it as 1964 and is displayed both on the back of the headstock and on the label.

After 54 years of making music, there are very few cosmetic or structural concerns: there are no cracks, virtually no crazing or cracking in the finish, and virtually no wear at the frets (presumably due to its nylon strings). As can be dimly seen in the pictures, there is a large clear pick guard, probably explaining the lack of pick or fingernail wear below the sound hole. The only real flaw is a 2 scratch or gouge at the bottom of the back of the headstock, visible in the pictures. There are a number of small dings, especially around the edges, but it basically looks and plays like a well cared-for guitar of about a tenth its age.

The action is fine, the neck is straight, the top is flat, and of course playing music for 54 years has made that Guild sound even better, more resonant, and more powerful. Despite its very good condition, this guitar is not for a collector to put in a museum; this is a players guitar, and I sincerely hope that its next owner is someone who will play it well and often. The case might be the original hard shell case, since it fits this guitars dimensions perfectly. It is in good shape, inside and out, with a nice plush interior and slightly tarnished hardware which functions perfectly.

The handle is solid, and it has a locking latch (but no key) to keep curious hands off it (there will be some). It affords outstanding vintage protection for this fine vintage guitar. I have tried to be perfectly clear and accurate in describing this vintage instrument, so its return will not be accepted unless it can be shown that it was egregiously misrepresented in this listing.

Thank you for your interest in this fine Guild guitar. The item "Unusual 1964 GUILD Mark IV Folk/Classical Acoustic, Made in USA, VGCond. OHSC" is in sale since Tuesday, May 21, 2019.